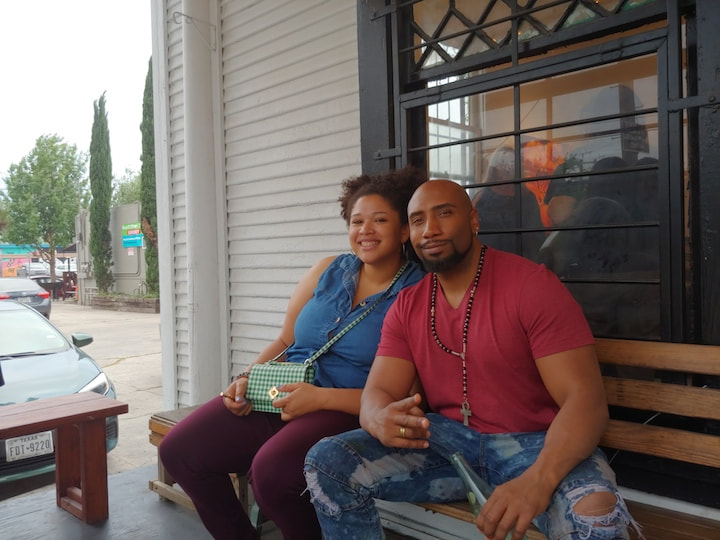 by ILI Fellow Alum Theo E.J. Wilson
Get a first-hand perspective on the ILI experience from this Year 2 ILI Fellow alum.

“Adventure often announces itself with a whisper; the magnificent disguised as the mundane” – Unknown.

When I saw ILI alum, Bobby LeFebre, post the open call for submissions to the Intercultural Leadership Institute, I almost scrolled right past it.  I thought it was for LatinX activists only.  The opportunity looked great, but having the utmost respect for the culture, I didn’t want to infringe.  He quickly clarified that it was open to far more than just LatinX applicants, and for me to take the chance and apply.  I felt silly for not reading further into the details.  We had a good laugh, and I applied.

When filling out the application, I wonder if everyone experiences imposter syndrome.  I know I did.  Looking at the list of people who had come from the class before, their accomplishments, and their impact, you kinda ponder whether or not if you measure up.  What gave me the right to join these brave warriors on the front lines of social justice?  I quickly realized that it was all a matter of perspective, and that someone could easily say the same when looking at my resume, depending on where they were in their journey as an activist.

Getting accepted felt great on multiple levels.  No matter how you work on your ego, getting acknowledged as a unique talent in your field is an amazing feeling.  Then, excitement started building.  I began looking forward to making connections to a dynamic group of people who frankly had knowledge that I didn’t have.  So many battlefields of social justice producing so many veterans.  All of them with decades of combined skills and experience to glean from.  So many different kinds of “woke” to aid in my awakening.  Where on earth would I fit in?  Only time would tell.

One thing I realized early on is that there would be a lot of leaders in this group.  Many of us have super strong perspectives and opinions, which meant one inevitable thing;  there were going to be disagreements no matter what.  Knowing this before even setting foot on a retreat, I assessed my own capacity for peaceful disagreement.  What was my history of dealing with ideological conflict?  What biases did I bring to the table that I just “knew” I was totally justified in holding and defending.  In other words, it was time to excavate my own triggers before someone else did when I wasn’t ready.  I knew I had a huge trigger around black identity and police, being a police brutality survivor.  It also made sense to explore my concepts of masculinity and heterosexism. Blind spots around these areas could possibly trigger someone else in an unhealthy way.

Call it hypervigilance, but doing my homework in this area could likely preserve and build some friendships.  Then, I got my first view of my future friends on the video calls leading up to Lakota territory.  Everyone was so amazingly open, putting their best foot forward, and representing their brand of activism with integrity and humility.  As our learning pods were assigned, I got a sense of who I was dealing with on a real-world level.  Kyoung, Valeria, Autumn, Cherry, and myself had a very good Chemistry from day 1, and that remained true throughout the entire program.

As we counted down to arriving in Lakota territory, my nerves were as high as my hopes.  My nerves were not just a product of anticipation, but from having experienced a traumatic personal loss in my life.  Walking into the space with this kind of pain, plus all these new energies, felt like it was going to be a trial of my very soul.  I’d have to use every spiritual tool at my disposal to strike a healthy equilibrium in this place.  With the help of my ancestors, I went forward into this great and beautiful unknown.

Once on the ground in Lakota territory, I felt the energy of the place immediately begin to heal me.

Once on the ground in Lakota territory, I felt the energy of the place immediately begin to heal me.  The way that the rolling hills weave in and out of each other, plus the expansive plains leave you feeling like it could go on for eternity. This part of the country has been well preserved, and looks very much like I imagine it must have hundreds of years ago, before colonialism.  Before the railroads and miners, before the massacres and walmarts, some of these same rock formations were here.  That comforted me.

Learning Lakota history, words, traditions and sacred sites was deeply humbling.  I felt incredibly close to the elders who taught us the fundamental values of their culture.  When I reflected upon it later on, I realized the reason I was so touched.  It was because a people like the Lakota, who have had so much taken from them, who’ve been violated so many times, whose trust has been broken in innumerable ways isn’t obligated to share a damn thing.  Not a word, not a prayer, not an artifact is under any mandate to be viewed by a single outsider, in my humble opinion.  Yet, for the sake of intercultural understanding and coalition building, they shared.

From the grave site of Red Cloud to the Wounded Knee burial site, my heart was broken open into a thousand solar flares.  Compassion and sorrow burned through my being in every random direction.  The suffering that my Lakota brethren and sistren have endured put the personal trauma I was working through into a humbling perspective.  On one hand, my pain paled in comparison to the blood that was shed in a massacre, and to the souls who were traumatized at these boarding schools.  On the other hand, hearing from the children of those who survived them, and walking through the Thunder Valley development project put the concept of resilience on the front-burner for me.  Overcoming our challenges is the most appropriate way to honor the legacy of your ancestors.  Our very existence is a testament to their grit.

The group learning exercises were overall very productive.  The presenters that ILI brought in to educate us on different facets of activism and history were well-selected and highly competent.  The information was flowing, and we were taking notes.  We ate cuisine from the Sioux Chef, and shared stories about our activism in small groups.  Reflecting and decompressing from the day’s events with each other truly strengthened our bonds, and opened many doors to future collaborations with our newly expanded activist circle.
Then, the smooth and harmonious chemistry of the group was challenged in a way that I saw as universally necessary.  Identity is a super-charged issue, and when asked to break into affinity groups by self-selection, the outcome was not quite as we planned.  When you collect so many diverse ideologies together in one place, with so many passionate people, something would be amiss if there weren’t any tension.  Eventually, warriors do what warriors do, and that is go to battle for the highest truth they believe in.  The beauty was in the healing, the mending of fences, coming into a higher understanding of the common ground we shared as human beings beneath the emotionally charged identities that centuries of subjugation have forced us to defend.  I left Lakota country hoping that I could have been of service to any hurting souls in the group, while knowing my own wounds were fast on the way to healing.The San Antonio intensive was magic in and of its own right.  It was so good to be back in the presence of everyone.  Folks seemed to be happy to see me, though my trauma never trusts it.  You never know if folks actually missed you before you arrived, or only realized you were gone when you’ve returned.  No matter.  I was so happy to properly close out the adventure.

Before I flew out, my father mentioned that I had familial roots in San Antonio.  His grandmother, my great grandmother, had been born there before she moved to Chicago in the early 1900’s.  I only met her one time before she died, but I imagine her spirit was with me.  I picture Josie Vanetta Dowell walking with her great grandson in a place he didn’t even know was an ancestral stomping ground.  Learning about the Chicano history of the city was highly enriching as I expected.  When the black history was mentioned, I felt a warmth that rooted me to the soil.  The history of African-American and Chicano collaboration felt familiar to me.  Activists like Bobby LeFebre and I certainly picked up that torch instinctually in Denver, long before we knew ILI existed.

Something in our frequency brought us together for a few brilliant days under the sun.

Our learning pod prepared a presentation about fundraising models that operate outside of the Nonprofit Industrial Complex.  We presented it proudly and with unity.  We didn’t realize that other learning pods had such drastically different experiences than we did.  But overall, we learned what great minds don’t always think alike, nor should they.  When their hearts find each other through the static of clashing ideas, they amplify each other’s signal.

That wave amplification is how I can describe the ILI experience.  Something in our frequency brought us together for a few brilliant days under the sun.  To dance with the ancestors of other warrior nations.  To learn the words and songs of survival from people who’ve bled like we have.  And most of all, to learn which parts of us are worth holding onto, and which swords need to be put down to clasp hands and build with other survivors.

Theo Wilson is a founding member of the Denver Slam Nuba team, who won the National Poetry Slam in 2011. He began his speaking career in the N.A.A.C.P. at the age of 15. Theo attended Florida A&M University, where he obtained his B.A. in Theater Performance. He returned to Denver and is now the Executive Director of Shop Talk Live, Inc. In 2013, Theo began speaking with “Rachel’s Challenge.” In 2015, Theo went undercover online in the Alt-Right to investigate the roots of racial hatred in millennials. His TED talk on the topic has since received over 8 million views.