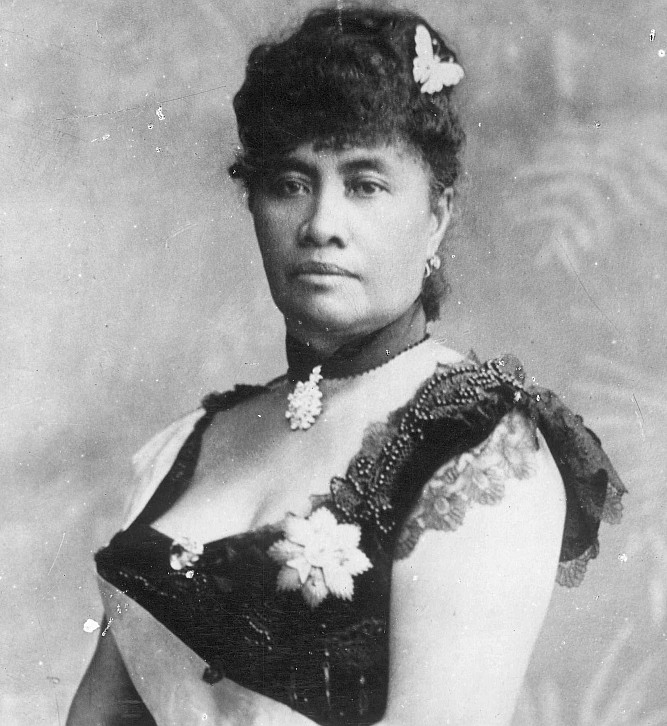 Queen Liliʻuokalani became the eighth reigning monarch of the Kingdom of Hawaiʻi at the age of 52. She was sworn into office on January 29, 1891. Queen Liliʻuokalani was well-prepared for the position, being groomed and educated since childhood, having been declared heir apparent by her brother King Kalākaua in 1874, and having served as regent on two occasions during the King’s absence. When Liliʻuokalani came to the throne, the tangled politics surrounding who would hold true power in Hawaiʻi was coming to a head. Locally, citizens and residents, Hawaiians and foreigners, had many conflicting interests. Globally, the great powers of the world were racing to claim new territories in a competitive land grab dubbed Manifest Destiny by the Americans.

Discussions about the future of Hawaiʻi, its relations to world powers, and possible changes in the Kingdom’s government took center stage. There was also a very public jockeying for power between the Queen and the different factions of the legislature regarding the makeup of her cabinet.

Petitions poured in from every part of the Islands for a new constitution. Out of a possible nine thousand five hundred registered voters, six thousand five hundred, or two-thirds, had signed these petitions. Prorogation of the Legislature was held on January 14 in which the Queen made her wishes known to replace the Bayonet Constitution with one that would restore the powers of the crown. The Bayonet Constitution had been signed under her brother King Kalakaua, and got its name because he was held under threat of bayonet to sign it, which stripped considerable power from the crown.

A group of the most prominent American businessmen in Honolulu, frustrated by Queen Lili’uokalani’s persistence in adopting a new constitution, organized a “Committee of Safety” in alignment with their “pro-annexation” agenda. Over the next two days, the committee proclaimed a Provisional Government to establish law and order. The Committee of Safety also received assurance from American Minister John L. Stevens that he would land American troops if necessary to prevent the destruction of American lives and property.

The Committee of Safety scheduled a mass public meeting on January 16 to denounce the Queen and garner support to carry through with their plans. Over a thousand people attended this public meeting, nearly all of them white males. Most business establishments had been closed for the day. Minister Stevens decided to land American troops that same day, and when the Queen’s ministers expressed their protest to him, Stevens told them to put any complaints in writing.

On January 17, while the Queen’s ministers were in the police station drafting a letter to Stevens requesting his assistance, the Committee of Safety staged a coup and took over the government building. There on the front steps, they delivered the reading of a proclamation that
abrogated the monarchy, deposed the Queen, ousted her ministers and police marshal, and established a Provisional Government to remain in power until a union with the United States could be affected. The Provisional Government declared martial law, suspended the right of writ of habeas corpus on the island of Oʻahu, and demanded the surrender of the police station. By 5 o’clock that afternoon, American
Minister Stevens had recognized the Provisional Government as the “de facto Government of the Hawaiian Islands.”

The Queen said it was about 2:45 p.m. when she heard that the Provisional Government proclaimed their establishment. Her four ex-cabinet ministers, joined by S. M. Damon and J. O. Carter, had come to tell Liliʻuokalani that she had been deposed and to assist her in formulating any protest she should desire to make. The Queen was advised to surrender and yield to superior force. If she wished to do so under protest, her protest would be accepted by the Provisional Government, but her appeal needed to be made to the United States government in Washington for any redress.

The following is her protest appeal:
I Liliʻuokalani, by the Grace of God, and under the constitution of the Kingdom, Queen,
do hereby solemnly protest against any and all acts done against myself and the
constitutional Government of the Hawaiian Kingdom by certain persons claiming to have
established a provision government of and for this Kingdom.

Then I yield to the superior force of the United States of America, whose minister
plenipotentiary, His Excellence John L. Stevens, has caused United States troops to be
landed at Honolulu, and declared that he would support the said provisional government.

Now, to avoid any collision of armed forces, and perhaps the loss of life, I do, under this
protest and impelled by said force, yield my authority until such time as the Government
of the United States shall, upon the facts being presented to it, undo the action of its
representative, and reinstate me in the authority which I claim as the constitutional
sovereign of the Hawaiian Islands.