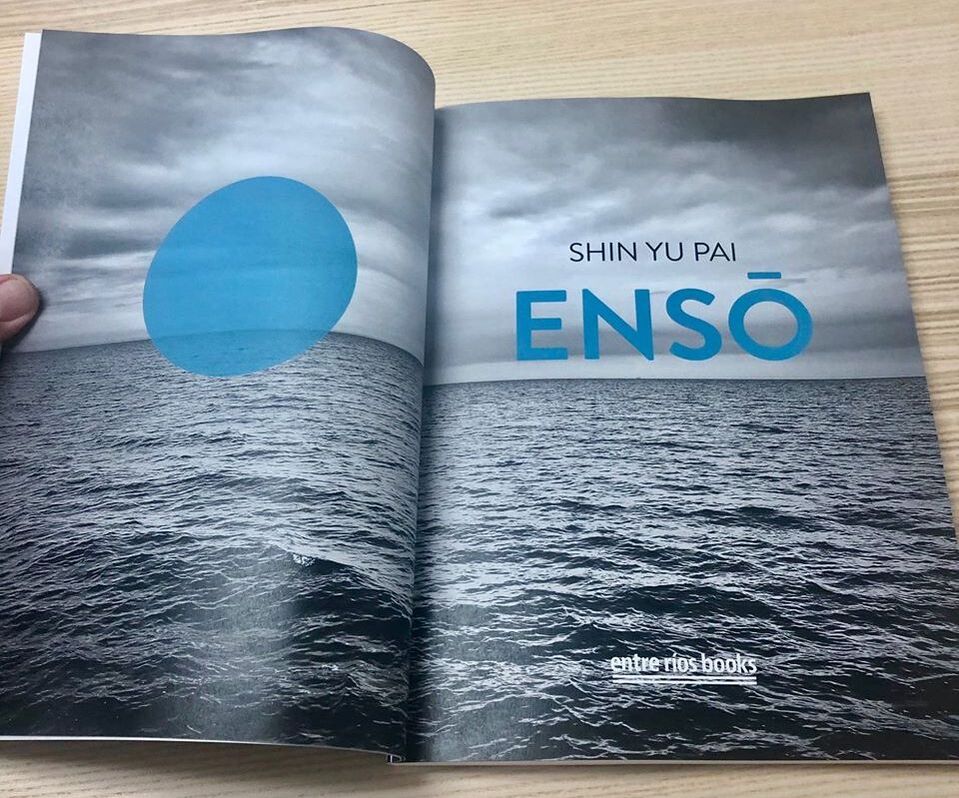 I chose the title Ensō for my forthcoming book because it expresses both the practice of trying to make a thing perfect, and by implication the possibility of imperfection. Symbolic of the Japanese word for “circle” and evocative of Zen Buddhist practice, I wanted a name and a shape that could hold the various parts of my work as an artist.

Ensō collects together twenty years of my creative practice and writing, publishing my various experiments and forays into the visual and performing arts alongside personal essays that talk about the different bodies of my work and the life experiences that informed their making. It is a book that honors my influences — the artists, thinkers, communities, and experiences that have had a lasting impact on my sensibilities. I trace the many tributaries that have taken me into the larger creative expanse. The book encompasses my thoughts on everything ranging from miscarriage and later becoming a mother to experiencing a hate crime and the desire to let all of these experiences reverberate in my work.The book is more directly biographical than any of my previous work and has meant having to get more comfortable with speaking more explicitly about how gender, race, and culture have shaped me, taking some of the lessons that I practiced with ILI friends to arrive at a sense of ease within the notion of conocimiento. One of my most vivid memories of my time as a fellow of the Intercultural Leadership Institute (ILI) remains the group’s last day at our convening in San Antonio. Facilitator Mehana Hind invited cohort members from the Asian diaspora to lead a panel representing the Asian experience.

This opportunity arose after I wrote in evaluation materials that I felt the Asian perspective had been lacking, particularly after the group had hosted panels on the LatinX, indigineous, and black experience. Carol Zou, Kyoung Park, and J. Ching all participated on our panel and talked about their varied experiences and backgrounds — Carol as a first-generation migrant, Kyoung as an immigrant from Chile, and J. as a Hawaiian. As we raced through each fellow’s experience, I realized that we hadn’t defined or talked about the model minority myth as it has harmed Asian Americans. Though I wanted to talk about my complicated relationship to Taiwanese identities, I spent my time talking about the origins of the model minority myth and how it damages all Asian Americans, with the hope that in sharing this context, we might build stronger intercultural understanding and alliances.

I have always been more than a little bit uncomfortable with being the authority of my own experience —it mashes up too closely against the complexity of larger Asian American experiences that I feel that I have no right representing. And yet in turning away from common histories that resonate in my own experience and staying silent, I have not done anyone, including myself, any favors. 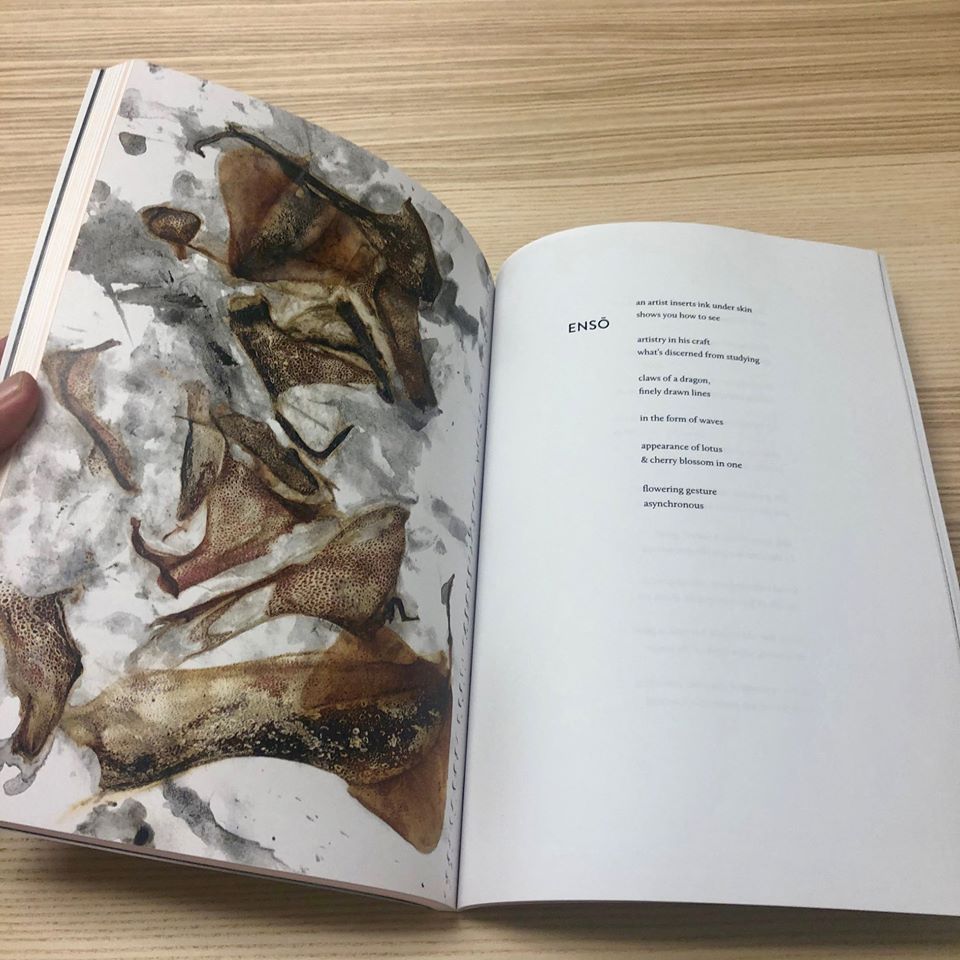 In Ensō, my publisher challenged me to speak directly about the intentions driving some of the project that I’ve made over the years. I wrote about making the performance piece “Chibi” after being approached by a neighborhood theater to compose a piece for a history cabaret about Belltown. To spark my writing, the team at the Rendezvous handed me a packet of information on local personalities. Pat Suzuki was a Japanese American nightclub singer who had been Seattle’s first musician to make it big on Broadway. Pat’s narrative, like so many stories of the local Nisei, included the hardships of surviving the internment camps of WWII. Hers was a story worth celebrating and sharing. My question became, “How could I center Pat’s story in my own voice?”

For the cabaret, I wrote about Pat Suzuki’s connection to Seattle, before her arrival here and after she left it. The piece included imagined fragments of her childhood in Camp Amache, and thoughts on her decision to leave a successful career on Broadway. Suzuki was cast in the Flower Drum Song as Linda Low, a stripper. Before that, she played a part in the touring Teahouse of the Autumn Moon at Seattle’s Moore Theater as a minor “Oriental type.” Unwilling in the long-term to embrace the limited roles that were available to her as an artist, she chose to return to a less prestigious life that would allow her to perform on her own terms.With the encouragement of the director, I read my piece on stage for the cabaret and performed an a cappella version of “How High the Moon,” a song that Suzuki was widely known for singing. I’ve always loved the voice. As a teenager, vocal performance was my first passion. But I choked at my audition to music school, and it would take me many years to risk that kind of vulnerability again. I instead chose to hide behind my poems, distance through object-making, and to choose creative circumstances that allowed me to control what I shared of myself. To the extent that I began to literally remove myself from the work of my animated poems. 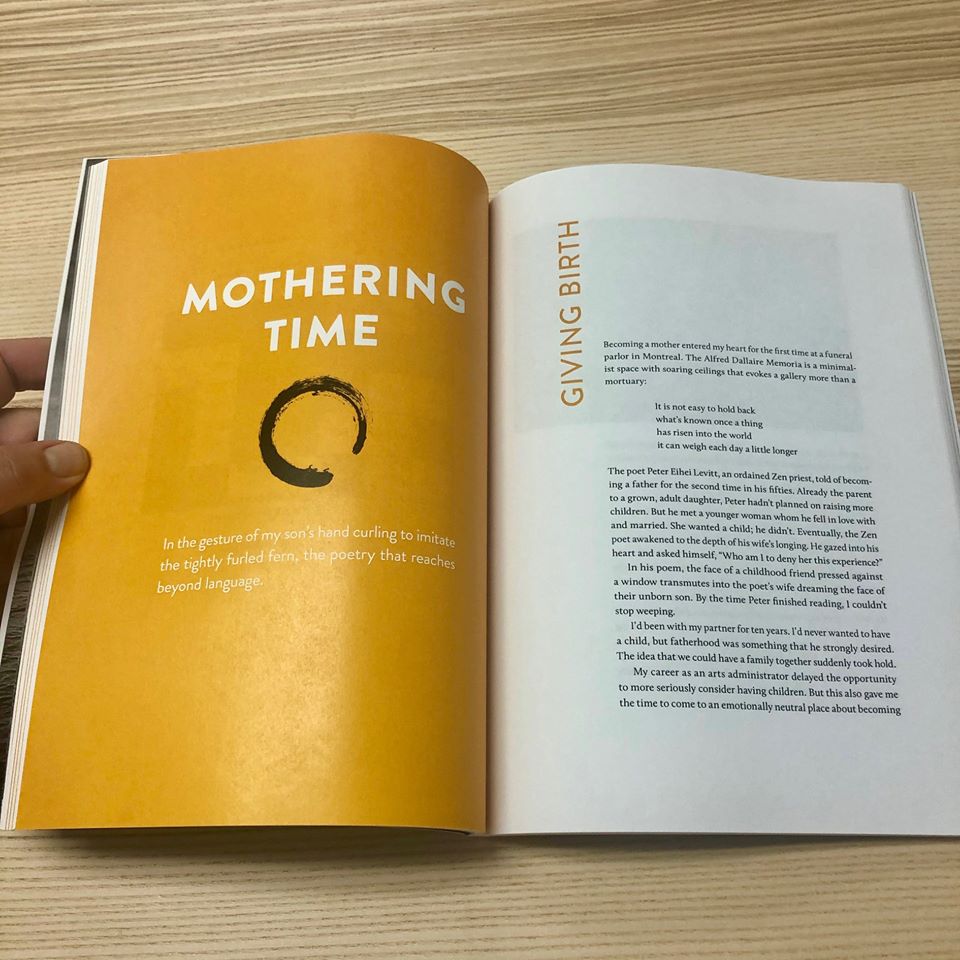 In Ensō, I also include an essay about an embroidered poem that I made for Leona Coakley-Spring, a black business owner from the Seattle area who had her livelihood threatened by a young white man who abandoned a KKK robe at her shop. At the time of the hate crime, I served as the city’s poet laureate and thought deeply about my responsibility as a poet to publicly address anti-blackness and intergenerational trauma. I document my efforts to respond to the event in a timely way, the challenges of doing so within the contexts of making work for a municipal government as a public artist and creating meaningful opportunities to share that work. Ultimately, I created an embroidery booth at a civic festival where I displayed my piece alongside embroidery stations where the public was invited to stitch lines from the city’s “Inclusion Resolution” or verses from poems curated around the subject of racial tolerance.

While what happened to Leona was horrific enough in and of itself, it brought back my own memories of living next to a neighbor that proudly showed off his Confederate flag. In the essay about my embroidered piece “Same Cloth”, I also tell the story of the devolution of that relationship and the terror of feeling under constant threat, while also feeling disempowered and erased by the local authorities.

I also write about site-specific land-related projects in Enso, including an exploration of an ancient heirloom orchard on public park lands that were homesteaded by Bavarian immigrants, as well as a series of chlorophyll prints that I printed using photographs from the Redmond Historical Society. For that project, I gathered leaves from and around the city and used the found archival images to evoke and activate the history of the land. While I created that body of work before coming into the ILI fold, the notion of “land as relative” and the distinctly Lakota perspective, helped me to better articulate the sensibilities behind those explorations of land and place.

One last very poignant moment from the ILI San Antonio gathering that surfaces itself in Ensō is the Mexican ofrenda that our group built together with the artist Delilah Montoya. It becomes a structure for honoring and grieving both ancestors and sentient beings and precedes the closing poem in my collection.

When I embarked on assembling the manuscript that would become Ensō, the shape of the book was very much in an emergent stage of becoming. In the past two years that I worked on it, my publisher had a heart attack, we changed the publication date a half a dozen times, and a catastrophic housefire struck my publisher’s home right before the manuscript went to galleys. My focus centered on events in Seattle impacting the book and its development. But what I only recently realized is that all of experiences that had their effects on me during this period of time, subtly affected what this book became. Like for instance, that I argued with my publisher about whether it was appropriate to use the color yellow as a unifying design theme if Asians had not yet reclaimed its meaning, and then changing my mind.

Ensō will be published in March 2020 from Entre Rios Books. Every purchase will also include online access to additional special content. You can pre-order Ensō here. 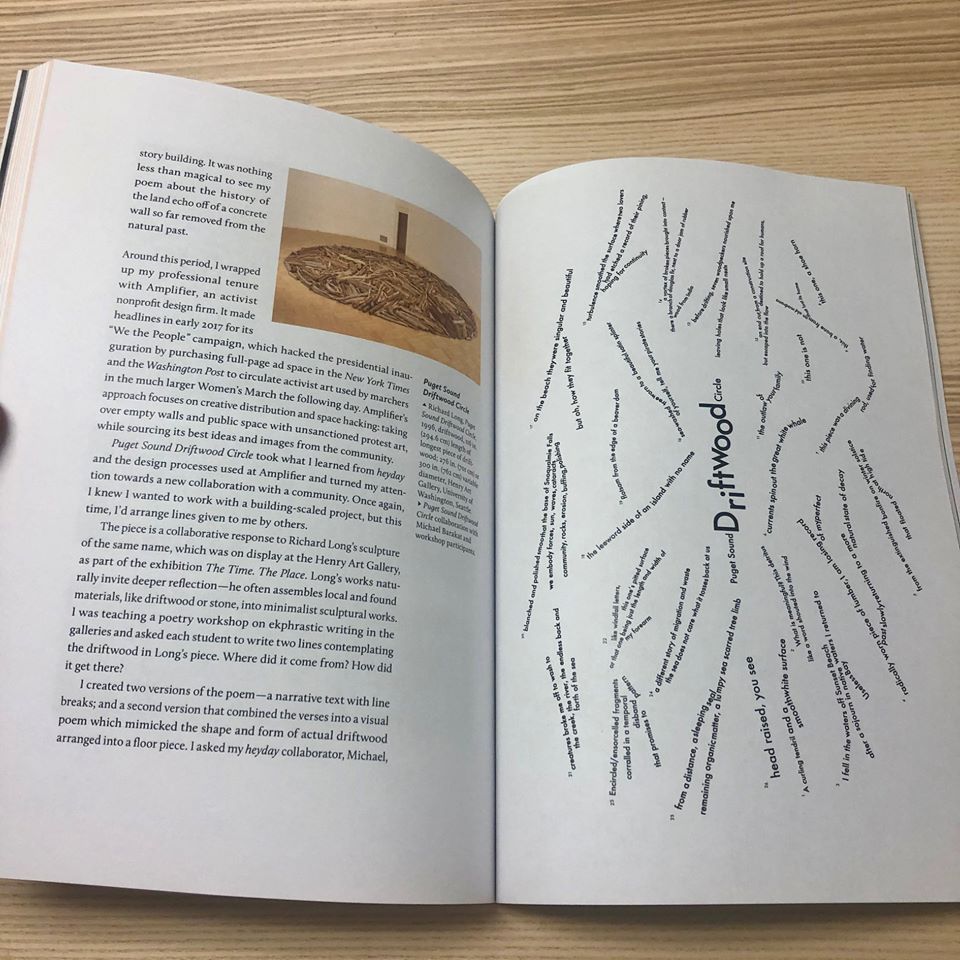 ​Shin Yu Pai is an award-winning writer, artist, and cultural worker. She has worked in philanthropy-related roles for organizations including Amplifier, ArtsFund, and Philanthropy Northwest. Shin Yu worked as acquisitions curator for The Wittliff Collections and managing director of the Hendrix-Murphy Foundation, where she oversaw a portfolio of grantmaking related to the humanities. She was fourth Poet Laureate of the City of Redmond and worked with King County’s Equity & Social Justice Initiative to use poetry as a tool to promote racial dialogue. Currently, she works with communities in curating and producing events, as Experiences Market Manager for Atlas Obscura.