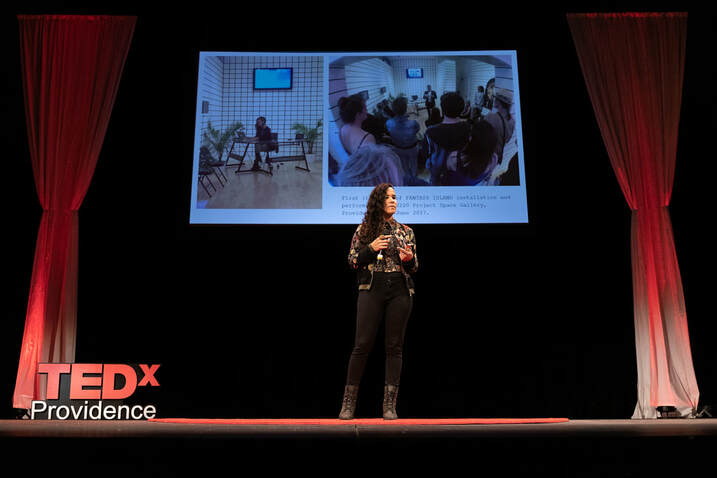 These days,  it seems easier to talk online than in person. ILI Alumni Fellow, Shey Rivera Ríos, is trying to change that. Shey Rivera Ríos isan artist and former artistic director at AS220, an internationally renowned arts center in Providence, RI. Rivera uses the mediums of performance, video, installation, and narrative to produce works exploring gender, family history, and colonization in Puerto Rico. After eight years at AS220, Rivera accepted a new role as Director of Inclusive Regional Development at MIT CoLab, in the Urban Studies and Planning department of the Massachusetts Institute of Technology (MIT).
Recently, Shey gave the TED Talk “Co-Creating is Radical” at TEDxProvidence where they spoke about the power of camaraderie within communities coming together to share a common goal. Shey is often asked if they are an artist, if they draw or paint. ButShey’s response is “I create experiences” and in the TEDTalk they give a few examples of creative circles and convenings of people coming together offline and meeting in person to create, share space, and be heard.“ It is so important to carve spaces of empathy and creation, of co-creation and dialogue with people,” Shey says as they describe their latest project of Fantasy Island. 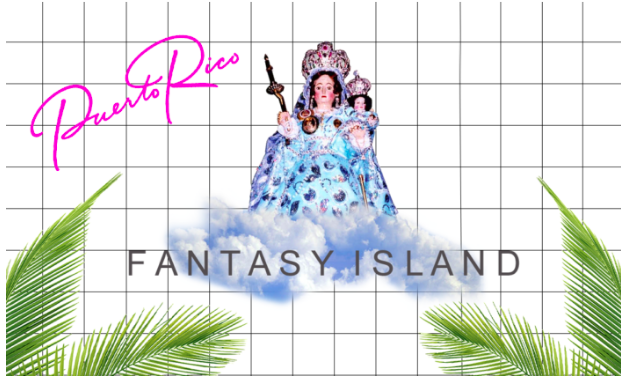 Fantasy Island is a research-based installation and exhibit reflecting upon Puerto Rico’s humanitarian crisis. The project became more than an installation, an experience that involved community forums, panels, collaborative exhibits and much more. Fantasy Island encompasses Rivera’s work of creating space for people to heal, mobilize, have conversations, and connect to art as a part of their everyday lives. They state “Co-creation is radical because it comes during a time of so many differences in the world,” says Shey. “We need to take the time to hear each other out.” co-creation gatherings allow affiliates to share their stories/lives and learn about one another, while learning more about oneself. By doing this, we are creating friendships in different ways, that’s why Shey Rivera believes co-creation is radical.Currently, Shey is a Brown University Public Humanities Community Fellow. Brown University has a thrilling and innovative group of Brown faculty members and community leaders serving as Public Humanities Fellows at the John Nicholas Brown Center for Public Humanities and Cultural Heritage.