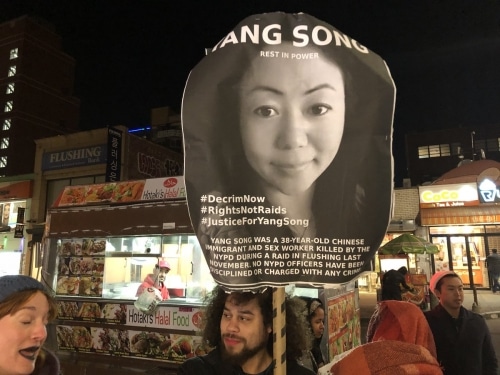 38-year old Yang Song, a Flushing massage worker, fell four stories to her death during a New York Police Department raid on November 25, 2017. Song’s family revealed that she described being sexually assaulted by a man who flashed a badge and gun and claimed to be an undercover cop and that the police urged her to become a confidential informant and turn in clients and friends. She had been arrested months before on prostitution charges — her case referred to the Queens Human Trafficking Intervention Courts (HTICs) and a court date set. After her death, community organizers rallied outside..Read More 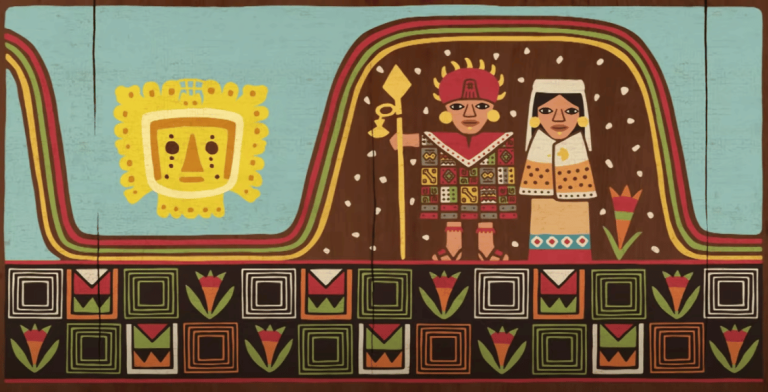 The chronicler Inka Garcilaso de la Vega recorded the origin story of the Inka and the founding of Cusco, the capital of their great empire, in his “Royal Commentaries of Peru,” published in 1609. According to the Inka origin story, Inti, the sun, sent two of his children—Manco Capac and Mama SmithsonianNMAI Origin Story of the Inka In 1979 dozens of American diplomats were taken hostage by militant Iranian students in the U.S. Embassy in Tehran soon after the Islamic revolution in Iran. They are held captive for 444 days and over this time the event receives the most extensive coverage on US television of almost any other event in U.S. history until then, including daily coverage on Nightline. This dramatically shapes the experiences of Middle Eastern people in the U.S. and especially Iranian Americans. 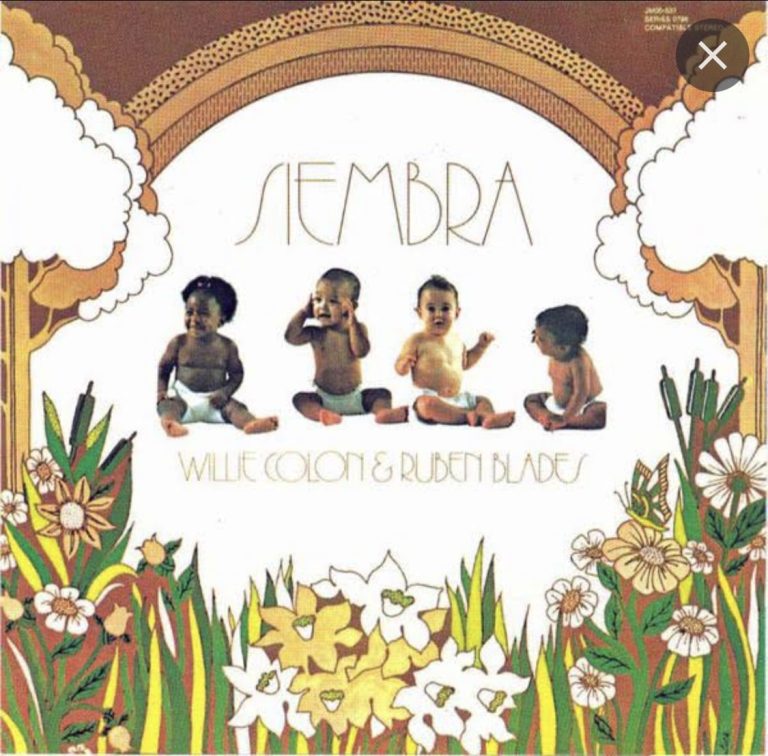 Siembra is the second studio album by Rubén Blades and Willie Colón, released by Fania Records in September 7, 1978. It is considered the best selling salsa album in the history of salsa My father asks me, why are you so political? But he forgets he introduced me to this music. This is an album I grew up listening to prior to coming to the United States. It is full of honesty and resistance. This album helped me understand the importance of making my music political. Kiyoshi Kuromiya was a leading activist and organizer around the issues of justice for people living with HIV/AIDS, who lived in Philadelphia, PA for most of his life. His work, while focused, was intersectional and cross-issue, as he worked to make survival easier for people with HIV/AIDS. It wasn’t until the late 2010s, almost 20 years after his death, that he began to recieve more mainstream recognition for his work. Below is a message, from the ACT UP NY archives, from the time of his passing. Even this brief memorialization from his comrades misses many of his contributions to the..Read More 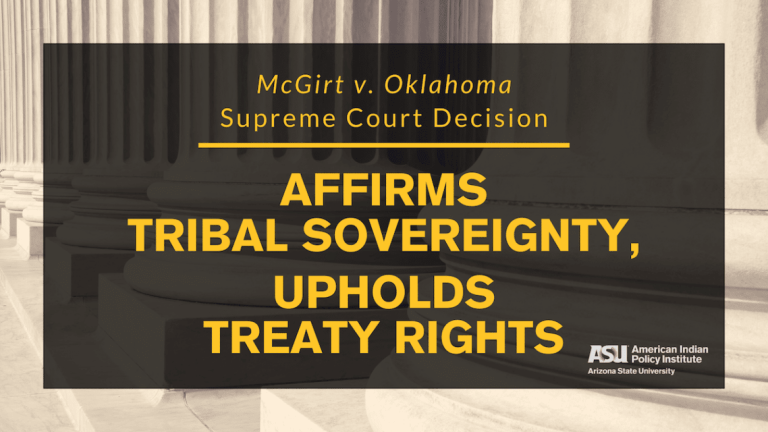 In 2020 the U.S. Supreme Court overturned the conviction of child rapist Jimcy McGirt on the grounds that the Creek Nation’s reservation was never disestablished for criminal jurisdiction. State courts no longer have the authority to prosecute crimes committed by or against Oklahomans who are also tribal members. Hundreds of criminal cases are now being dismissed because the state does not have the ability to try and convict criminals on historic tribal lands. 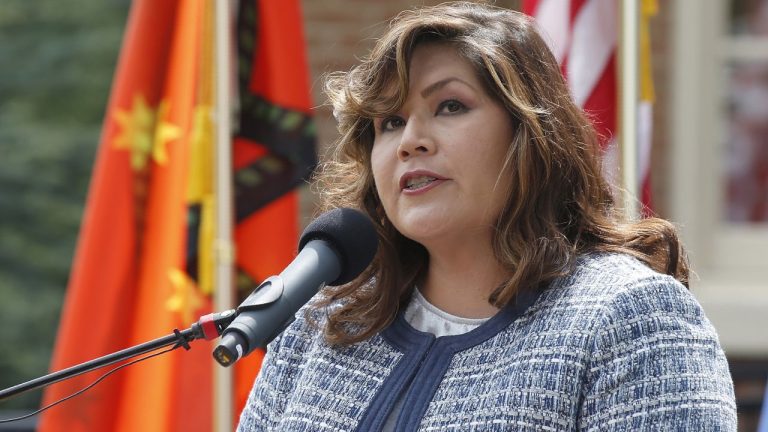 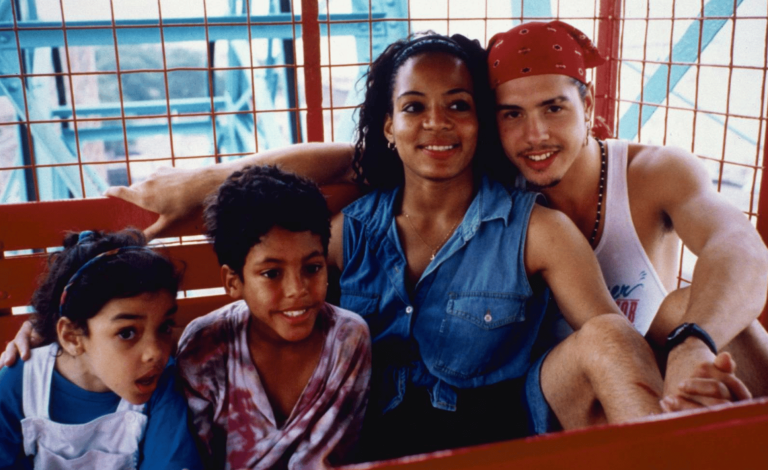 “I Like It Like That” is a 1994 American comedy-drama film about the trials and tribulations of a young Puerto Rican man and a half Jamaican half Puerto Rican woman living in a poverty-stricken New York City neighborhood in the South Bronx. The film stars Lauren Velez, Jon Seda, Lisa Vidal, Griffin Dunne, Jesse Borrego and Rita Moreno, and was written and directed by Darnell Martin. This film was groundbreaking for a few reasons: 1) It was the first major motion picture to give an accurate, authentic and nuanced depiction of a Puerto Rican diasporic family trying to make it..Read More 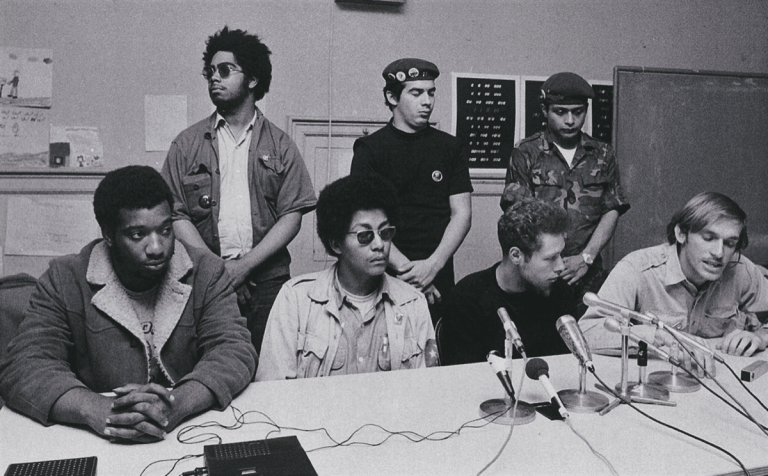 “ The First Rainbow Coalition begins in 1969, when the Chicago Black Panther Party, notably led by Fred Hampton, forms alliances across lines of race and ethnicity with other community-based movements in the city, including the Latino group the Young Lords Organization and the working-class young southern whites of the Young Patriots.” More info: https://www.zinnedproject.org/materials/the-first-rainbow-coalition/ https://southsideweekly.com/fifty-years-fred-hampton-rainbow-coalition-young-lords-black-panthers/ 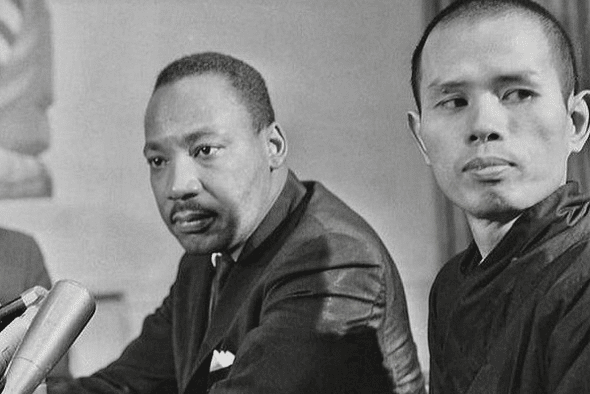 “ In January 1967, six months after they first met, Dr. King nominated Thầy for the Nobel Peace Prize, saying, “his ideas for peace, if applied, would build a monument to ecumenism, to world brotherhood, to humanity.”A few months later, on April 4th, 1967, Dr. King quoted Thầy’s book Lotus in a Sea of Fire in his landmark “Beyond Vietnam” speech at the Riverside Church in New York. It was the first time he unequivocally denounced the war and finally united the peace and civil rights movements. Dr. King shared Thầy’s powerful message that “Men are not our enemy. Our..Read More